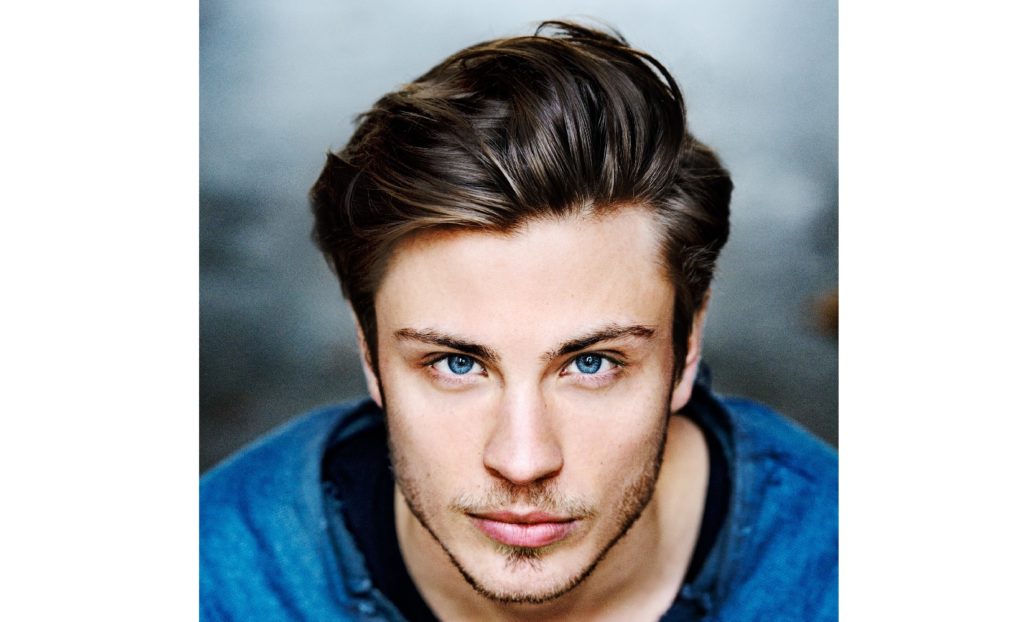 Exclusive interview with the movie star of Close to the Horizon which was a great success.

First of all, congratulations on your new movie and also on Close to the Horizon. The film has been a great success in Hungary as well.
That is amazing because, I didn’t know that it was out in Hungary and when I’ve read it I was really happy.

How does this kind of success effect you?
Well, it didn’t change me at all. I am very proud of this movie; it was a very special film for me and also a special time with my colleagues. It is really interesting to see that I have many new Instagram followers; there are really many coming in waves. Like a few months ago I had many Italian followers so I was sure that the film was out in Italy and now I think there was the premier in Russia because many Russian people started to follow me.

What did you learn from Danny’s character? Was it difficult to identify yourself with his tragic destiny? Especially as the film is based on a true story…
Danny is such a strong young man, who was fighting for his life for so long and unfortunately HIV was not that developed as it is now. Today you can easily live with the virus but back in the 90’s it was like a death call. Despite this fact, he decided to be strong and with the help of Jessica he discovered that it is important not to run away but to enjoy the time he has and he decides to live for love and spend the short time he had with his partner. He is inspiring because of the strong decisions he takes.

Let’s go back a bit in your life. You have started your acting career at a quite early age. When did you realize that you were designated to become an actor?
I started when i was 9 years old and I have started in a musical in the theater in Hamburg. There is actually not a single artist in my family; I am coming from the country side which still belongs to Hamburg, so for my parents it was a totally new environment. A good friend of us asked my parents to bring me for a casting. I still remember that I was really excited from the beginning and after they gave me the role, I was playing on the stage for 9 months. It was amazing that I could discover theater life. From the first day on I wanted to become an actor… After this engagement my agent saw me at a gas station. It was like a fairy tale. I was there with a friend buying chocolate and when she saw me she just gave me her card and asked me to give it to my mum. So after my mum called her, I was in her agency for 14 years.

That sounds really like a fairy tale. Who are the ones that inspired or still today inspire you?
I try to be completely open-minded and to look at all the people, for creating my character but who inspires me with the power and strength to keep on going is for sure my family and my friends. My parents are now in the sixties and they are together for more than 40 years. They raised me and my two brothers with so much love. Every time I finish shooting a movie, I go back to my family to calm down to settle again. And also in the cyrcle of my friends, the are not in the acting business and I love that. I can really enjoy this acting bubble this whole luxury lifestyle, I am really happy that i can work as an actor but also I like to go back to reality.

It is really nice to hear, also because we heard a lot of stories that people who start acting at an early age, have difficulties often to process the success and after they might go in a wrong direction or they change.
Yes, I really take care of that.

What do you when you go home? If I know it well, you also play the piano. How much time can you dedicate on music?
Unfortunately I don’t play the piano anymore, I played until i was 16 and I bought a piano when I moved to Berlin. I still have it in my basement and can plug it in easily. I also have it on my list for 2020 to learn it again, but unfortunately at the moment i have not enough time for it.

Do you have a favorite movie or favorite actor?
Yes, so there is one movie that means everything for me and that is Billy Elliot, I watched it first at the cinema when I was around 9-10 years old and it completely inspired me because I could see so many parallels between Billy and me. He is a young man from the northern part of England who grew up with his dad and brother and when Billy starts to dance, his family is not accepting it but he keeps on going and he does what he desires. In my family there is no artist, I started to dance when I was a young kid because I wanted to do something different than my family did. But actually my family always supported me.
Acting wise I think Meryl Streep is the most talented actress. Talking about my generation I would say Saoirse Ronan and Timothée Chalamet are one of the most talented ones on my opinion.

Back to the Hollywood topic. Do you see yourself there?
This seems to me such a huge dream. It is not in my few years plan, but of course I would love to try it. I already had the chance to work in two international movies, one was with Keira Knightley and last year I was shooting in an action movie with Milla Jovovich. It was so interesting to me to dive in to the Hollywood world, I enjoyed it a lot.

I am sure that will happen. If you could choose anyone who would you like to work with?
I think I would love to work with Saoirse Ronan, Or Meryl Streep.

Would there be any role that you desire to get or role that you would refuse?
I am craving for roles that are different from my personal life, so I am happy that so far I had the chance to try a lot of different characters. Now if I could choose I would love to be part of a German step up movie.

You also told me that you were dancing, but why did you stop?
It was only a hobby; I did not dance as a professional dancer. I was joining jazz and hipp hopp classes, but I also love to go out dancing. Dancing means to me: being free.

You told me that you prefer roles that are different from your character. But how is Jannik Schümann at home?
I am really open-minded, extraverted, and funny. I like to be active but relaxing is also important to me. I love doing sports and adventures and I am interested in mostly everything. I feel blessed because of my secure roots for example if I look at Denny’s character his past is completely destroyed and this is what I mean, I feel so lucky that my parents and friends gave and still give me so much support.

Tell me a personal story back from the shooting.
One of the best parts from the shooting was when we went to Portugal. All the part that was supposed to be in America we shot in Portugal. That was the end of the shooting, so the last week and by that time we were so close to each other like a family so in Portugal it was like a school vacation with friends and we really enjoyed being together, we went out in the evenings for dinner and for a glass of wine.
And then for example the scene in the ocean when Danny has the panic attack and Jessica pulls him under the water it was completely cold because we were shooting it in November and we were shooting it during the night. It was really cold. So many times when you are pretending to be warm and showing that it is summer, actually you are freezing. It was challenging.

If you could have a message for your 80 year old self, what would it be?
If I am 80 and I would listen to me now… I hope that I enjoyed every single day of my life and that I was strong enough to change things that does not make me happy even if it hurts and even if it makes me afraid because of the consequences. I would make every moment special and this means changing things that you don’t like.

Wow. I think we could not have more beautiful sentences to close this interview. For sure I will call you when you’ll be 80. Tell me one last thing. What is your message for your Hungarian fans?
I would love to visit the country, especially Budapest, so see you soon guys!

Thank you very much!